In order to better understand how the NCI/Intersect training program has supported the research and professional career of the participants, we arranged to meet with several of the attendees to capture their feedback. This would demonstrate and elucidate how the training program is helping researchers and professionals to more effectively and efficiently utilise cutting-edge tools and technologies, as well as NCI’s infrastructure, for their research.

Our first meeting was with two researchers from the Australian Nuclear Science and Technology Organisation (ANSTO). Dr. Paul Callaghan is an Imaging Neurophysiologist, who applies PET/CT and SPECT/CT multimodal molecular imaging techniques for investigating animal models of neurological and psychiatric diseases. Mr. Nicholas Howell is a biologist also working within the Nuclear Science & Technology group. 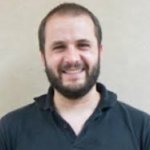 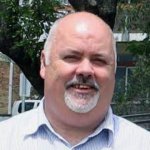 When asked about the main reason for attending this training program, Paul told us that “completely inappropriate tools have been and are being used to do the job because of limitations in knowledge. We needed to upskill so we can actually even do a small scale deployment.” Nicholas added that he attended the course so he could effectively work on the same problem with the colleagues at ANSTO.

“We need to train ourselves in which tools are appropriate for each of the tasks, for example, scripted image processing workflows (using Python/ImageJ), pre-processing of data from analytical instruments (for example radiation counters, microplate readers, Python or R), and data visualisation and statistics in R/Python (in particular, using existing code for tests not available in ‘easy’ commercial statistical packages using R).” – Dr. Paul Callaghan & Nicholas Howell

Both have attended five different workshops under this training program, so we were interested to know what kept them coming back for more. Nicholas has done both free and paid online courses, which were quite good, but he mentioned that “ the NCI/Intersect courses are really relevant to what I am trying to do. I really enjoyed the training format with live questions and found that difficult concepts have been stepped through very nicely in the courses. I’ve been getting a lot out of them, so that’s why I keep coming back.”.

Paul has also attended other online courses and found these courses often switched between concepts without explaining why, leaving attendees confused. “You are coding. You’re not programming at our stage of the career and many of the other courses are programming courses”, Paul emphasised. Paul also said about the NCI/Intersect courses that “I was able to achieve some tasks using that course material and then build upon it with the next one afterwards.”

When asked about the main reason for attending this training program, Paul told us that “completely inappropriate tools have been and are being used to do the job because of limitations in knowledge. We needed to upskill so we can actually even do a small-scale deployment.” Nicholas added that he attended the course so he could effectively work on the same problem with his colleagues at ANSTO.

Paul and Nicholas both agreed that the toolset that’s being taught in NCI/Intersect courses is entirely valid and well-focused for the deployment and development of their models, which is very different from many of the other online courses.

Speaking about the benefits of our hands-on, instructor-led workshops on attendees’ research careers, Nicholas recognised that attendees can be taught, but they don’t truly learn until they have an opportunity to practice with the application. In response to what would be missing if they did not have access to these courses, Paul was concerned about the new starters (HDR students, researchers, and scientific staff), who are not trained and are not from a computational background. He said “I think we’re doing those students a disservice to force them into using inappropriate tools and we’re not going to be competitive without access to the training of the next generation, and it just reinforces the problem as people get busy”. Paul also suggested that it would be helpful, at the university level, to introduce basic concepts of data handling and data management.

This interview and article are jointly prepared by NCI and Intersect.

Back to news
Your browser is not supported. Please upgrade your browser.