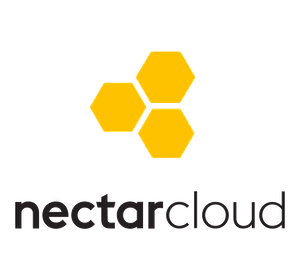 What is Nectar Cloud?

The Nectar Research Cloud is a national collaboration to provide high-scale community cloud computing infrastructure to Australian researchers. Nectar allows researchers to deploy virtual machines (VMs). Using the VMs, they can then build and use software tools to run experiments, process and analyse data, or host complex online research applications – without having to build or maintain the necessary hardware. The Nectar Research Cloud consists of seven cloud nodes across Australia. It’s partially supported by investment and operating subsidy by the Australian Research Data Commons project, an NCRIS project initiative of the Australian Government Department of Education. Intersect owns and operates one of the national nodes, offering around 5000 of the Australian capability of approximately 35,000 x86 computing CPU cores. Production cores are used for private cloud research computing for Intersect customers, offered as OwnTime.intersect.org.au. Supporting assets include large scale memory, high speed networking, high I/O disk and virtualised infrastructure based on OpenStack, all connected via the AARNet ScienceDMZ high speed optical network and colocated with Space.intersect.org.au. Nectar supports several operating systems and provides a large number of pre-built images that researchers can use as the basis for their own VMs, without having to configure the entire system. Researchers can also take snapshots of their own configured VM and make them available for others to use. Typical uses of the Nectar Research Cloud include:

The Nectar Research Cloud can be accessed by any researcher from any organisation that participates in the Australian Access Federation (AAF).  All Australian universities are members of AAF. Project allocations on the Intersect node are authorised by participating member organisations. From 1 July 2016 the NSW node of the Nectar Research Computing Cloud adopted a consumption funding model to sustain its future in the national eResearch landscape. This means your organisation needs to have a TimePlan subscription with Intersect to fund resource consumption; all current Intersect members have some arrangement in place.

Every user account in the Nectar research cloud is allocated a small amount of computing resource – a maximum of two virtual server instances, totalling no more than two cores – with which they can build a basic VM that will have around the same power as a desktop computer. Personal trial instances expire after 4000 CPU hours, which is about three months of continuous use. They are intended for limited testing purposes and are not suitable for production servers. In order to obtain servers to be used for production, you’ll need to apply for a project allocation.

Physical hardware in cloud computing can be susceptible to power outages, scheduled downtime and other events. Although these tend to be rare events, they may affect your project allocations and trial allocations.  Nectar does allow you to select a particular physical availability zone to host your VM, but each zone is susceptible to occasional temporary downtime. If your project requires a server with uninterrupted uptime, you could take measures to ensure that a power outage does not affect it, such as a parallel instance running the same processes hosted at a different node. If your project does not require constant uptime, it may be sufficient to simply restart machine instances when service is restored. Nectar routinely communicates to users via email service information, including outages and scheduled maintenance and you can follow @intersectops on Twitter for real time information.

Multiple alternative Intersect CloudTime options exist that offer service level agreements, uptime guarantees, commercial grade services, and global scale. Nectar Cloud is perfect to get started with, but it’s likely you’ll outgrow it. Intersect is here for you when you do.

Manage VMs, Containers or Serverless Functions on ANY infrastructure, on-premises or in public clouds.

Need advice about getting started with Nectar or applying for resources?

Check out the Nectar Research Cloud support page or email time@intersect.org.au for assistance. There’s also a quick Getting Started with Nectar Cloud howto article in Help.intersect.org.au.

Your browser is not supported. Please upgrade your browser.
Welcome! Our website uses anonymous cookies and various third party services to ensure that we deliver a great experience. To continue we ask that you consent to our privacy policy.  Agree and continue